Looking for any of our project work? Curious about us and how we can help? 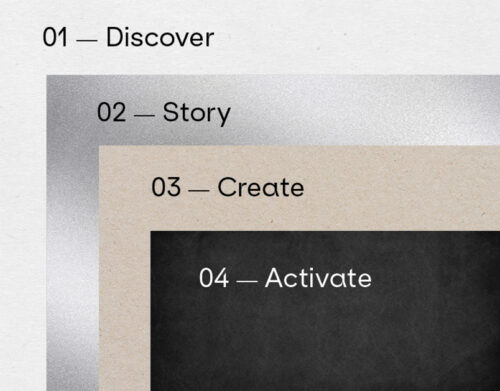 Want to know about our 4 step process?

The Round Room – Brand Creation The Round Room at the Mansion House has been expertly restored from its historic roots to a restaurant and event venue that caters for 500 guests. BrandNew Creative was tasked with building an invigorated, independent brand to relaunch the venue into the public sphere.

As the jewel in the location’s crown, the Round Room needed to stand out from five other sister venues at the Mansion House. The new, independent brand had to reflect the room’s prestigious 19th century origins and its thoroughly 21st century offering, complete with a starlit ceiling and 360° audio experience.

The Mansion House once served as the seat of the Irish government; over their 200-year-old history, the elegant surroundings have hosted many distinguished members of society, including Pope John Paul II, Queen Victoria, and Princess Grace of Monaco. The new brand needed to convey a gravitas that can come only from this type of storied history — along with an allure that would draw in sophisticated, modern guests.

Our team set about building the solution: a timeless identity that acknowledged the venue’s heritage while heralding its bright future.

Inspired by the Round Room’s bicentenary, we crafted a monogram of RR. The elaborate cipher, with Celtic Revival-style curves, reflects the venue’s aristocratic origins while also paying homage to its role in the foundation of the Irish State. The ‘R’s are interlinked to represent the strong connection between the past and the present.


Like the venue, the brand needed to be entirely flexible, so the monogram has a 180° rotational symmetry — it’s adaptable, customisable, and will work across every touchpoint. Given its broad use, we designed two versions, to remain vivid on light and dark backgrounds. The varied colour palette gives the new brand additional optionality, helping to keep it fresh, exciting, and easily integrated with sister or client identities.

To further enhance the visual branding, we drew on black and white photographs of the Round Room during bygone eras, and contrasted them with modern stills depicting the exceptional range of the renovated venue. This elevates the brand’s value by reminding potential clients of its rich historical cachet, while presenting it as the perfect venue for modern national and international organisations.

In summary, our team at BrandNew Creative created a strong, dynamic brand that injects a 200-year-old venue with new life — ensuring that the Round Room’s lasting legacy transitions smoothly into an exciting future. We’re committed to fully engaging with our clients, leaning into their long-term goals, and working shoulder-to-shoulder with them to build lasting success. If you have an idea or project, big or small, get in touch below.